**UPDATE** – Somehow I missed the fact that Yehuda Berg is actually still on the list this year. He comes in at #37 (down from #14 last year). The Newsweek/Daily Beast gallery of the 50 Most Influential Rabbis shows Berg in a photo with Ashton Kutcher and Demi Moore. Amazing. Just amazing. (Hat tip to Rabbi Aaron Spiegel, CEO of Synagogue 3000, for pointing out my oversight)

When I read Newsweek magazine’s expose of the Kabbalah Centre and its questionable foundation for a children’s school in Malawi founded with millions of dollars from Madonna, the first thing I thought about was the annual Newsweek list of the top fifty American rabbis (technically: the most “influential” rabbis). 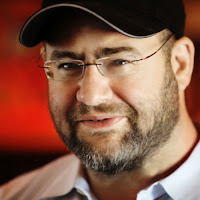 Rabbi Yehuda Berg, the son of the controversial founder of the Kabbalah Centre, has been listed among the top five in Newsweek’s annual list each year. And each year, after the Newsweek list is published, there are those who argue that Berg isn’t even actually an ordained rabbi and doesn’t belong on the list. Some claim that he’s running a cult that is Judaism’s version of Scientology. And then there are those who believe that Berg isn’t a religious figure at all, but rather a businessman running a corporation that sells everything from red strings and holy water to books and astrology sets.

I immediately found it curious that the same publication that would expose such criminal income tax schemes, questionable fundraising practices and laughable merchandise sales would put the mastermind behind it all high on its list of the top rabbis in the country.

Well, sure enough the new list of the fifty most influential rabbis was published yesterday and guess who’s not on the list. Anywhere. Somehow the face of the Kabbalah Centre has disappeared from the list after being in the top five in prior years. I suppose it would have raised eyebrows even more had Yehuda Berg remained on the list only a couple week’s after the “Madonna’s Kabbalah Disaster in Malawi” article appeared. However, it would have been helpful had Newsweek/Daily Beast issued a statement as to why Berg was not included in this year’s list. It could be argued that he’s still very influential, but perhaps Newsweek is no longer regarding him as a rabbi.

I’m hesitant to criticize anyone else’s religious beliefs, however, I don’t think that what the Kabbalah Centre is producing is actually a religion at all. In fact, it’s not even fully based on the teachings of Jewish mysticism. From the Newsweek article, it looks like the Kabbalah Centre is made up of businessmen who have figured out ways to swindle people out of money, including celebrities like Madonna, corporations like Gucci, regular people buying $72 candles, and the U.S. government. The Kabbalah Centre has become classified as a Church by the IRS and they run everything (cars, houses, vacation homes, etc.) through the corporation. Add to that the scam they seemed to have produced with the foundation for the Malawi school, and I’m sure there will be a full-scale investigation soon that will end the Kabbalah Centre as we know it and return Kabbalah to its esoteric roots in the hands of the Jewish scholars of mysticism.

The good news about this year’s Newsweek/Daily Beast list of the top rabbis, in addition to them removing Yehuda Berg, is that it includes some wonderful colleagues of mine. Even though fellow social media consultant Esther Kustanowitz refers to the list as “My Rabbi’s Better Than Your Rabbi,” it actually does include some of the most influential rabbis in the American Jewish community. I was excited to see my classmate Rabbi Rachel Nussbaum of the start-up minyan Kavana Seattle make the list this year. Additionally, it was great to see the inclusion of Rabbis David Wolpe, Rick Jacobs, Irwin Kula, Jill Jacobs, Ethan Tucker, Elie Kaunfer, Shai Held, Naomi Levy, Burt Visotzky, Avi Weiss and Steve Greenberg.