Skip to the content
Here’s my recent post on the “Rabbi J in the D” blog on Community Next:

If Leo becomes Jewish, I can imagine him being hoisted on a chair during the Hora dance at his bar mitzvah as he yells “I’m the King of the World!” 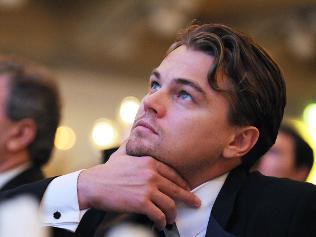 Leonardo DiCaprio is rumored to be considering converting to Judaism for his longtime girlfriend, Israeli supermodel Bar Refaeli.

The possible conversion by DiCaprio, a non-practicing Catholic, is a sign that the popular American actor and Refaeli will marry, the Daily Mail reported Sunday.

“Leo’s sudden intense interest in Israel, its culture and religion is the clearest sign yet that he intends to marry Bar,” said an anonymous source quoted in the London newspaper.

DiCaprio has visited Refaeli in Israel several times, most recently in November. It has been rumored for months that the couple are engaged.