As a follically-challenged guy, I’ve always been impressed by (and a bit envious of) the Jew Fro. It’s certainly an underreported aspect of Jewish cultural life. My uncle sported a Jew Fro in high school back in the early 70s, which I’m convinced was only because he knew he’d be bald later in life (he was). Male patterned baldness runs in the family and his father (my grandfather) wore a toupée.

The Jew Fro, the Jewish version of the Afro, has become more talked about of late as Jewish celebrities like Jonah Hill, Seth Rogen and Andy Samberg have popularized the fashion. Three years ago I posted to YouTube.com a clip from the movie “Knocked Up” in which Katherine Heigl’s character admires Seth Rogen’s character’s curly hair. She asks what product he uses to get it to look that way, and he tells her that it’s called “Jew.” The video clip has been viewed close to 18,000 times since I uploaded it. Websites with photos of the best Jew Fros (South Park creator Matt Stone, Art Garfunkel, Nick Jonas, film critic Gene Shalit, music producer Phil Spector, Bob Dylan, Richard Simmons, etc.) are popping up everywhere. A t-shirt that reads “Chicks Dig the Jew Fro” is a top seller on the Web. 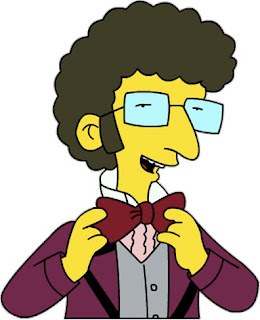 Now, Moment Magazine has published an article about the Jew Fro that traces its history all the way back to the Bible. Just because Samson was a Nazirite and didn’t cut his hair doesn’t mean he sported the Jew Fro. It is an interesting take on the hairstyle though. Svetlana Shkolnikova writes:

Yet society continues to subtly perpetuate the idea that sleek and straight is beautiful, making the curly hair of both Jewfros and Afros contentious, particularly for women, says Shari Harbinger, director of education for the curly hair salon DevaCurl. She struggled with her curly hair growing up, choosing to blow dry it straight and even resorting to harsh Japanese relaxers. The curly-straight struggle haunts some of Hollywood’s biggest stars, as Sarah Jessica Parker confesses in the 2005 book Stars of David. “I always feel that people think that straight hair is pretty and curly hair is unruly and Jewish,” she says. When she receives excessive praise from men for straightening her hair for a part, she jokingly responds, “‘You’re an anti-Semite!’ Because I just feel it’s a little stab at the Jews.”

My favorite part of the article is that the author quotes Professor Shuly Rubin Schwartz, the dean of the undergraduate program at the Jewish Theological Seminary in New York, where I studied in the Rabbinical School. She claims the Jew Fro’s birth came about because Jews “figured out how to own their own hair” and “Jewish women in turn thought, ‘Why are we sitting under the hair dryer?'” The article doesn’t show a photo of Shuly Schwartz, who herself sports a curly Jew Fro (see photo below). 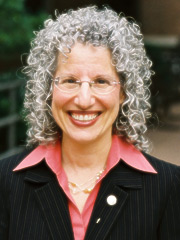 Whether it’s Jewish men or Jewish women, they should be proud of their curly locks of hair. For me, I’ll just remain envious of the moppy curls of Jew Fros while I embrace my receding hairline.