Rabbi Avi Shafran (right) never ceases to amaze me. He is the director of public affairs of Agudath Israel of America and the unofficial spokesman for Orthodox Judaism. Shafran is skilled, yet dangerous, with the pen. He has made a career out of writing op-ed pieces that defend Orthodoxy and delegitimize the non-Orthodox.

His latest op-ed piece is sure to shock. It is shocking in the way that the self-proclaimed “King of All Media”, Howard Stern, says outrageous and sensational things. People will do a double-take at the first sentence alone.

In his editorial for the JTA, “Bernie, Sully and Me”, Shafran writes:

Something tells me I won’t make any new friends (and might even lose some old ones) if I confess to harboring some admiration for Bernard Madoff.

And to make things worse, I can’t muster much for Captain Chesley “Sully” Sullenberger, the pilot who safely landed a full commercial airliner in the Hudson River back in January.

Let me try to explain. Please.

Mr. Madoff committed a serious economic crime on an unprecedented scale for such wrongdoing, and in the process ruined the financial futures of numerous people and institutions, including charitable ones, worldwide. There can be no denying that. 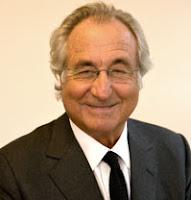 Rabbi Shafran makes the point that at least Bernie Madoff did teshuvah. He ceased his Ponzi scheme (after decades), confessed his sins, apologized, and will now serve prison time. Shafran finds Madoff’s contrition to be admirable and can’t understand how folks who were bilked by the Ponzi schemer, like Elie Wiesel, get off calling for horrific punishment for his sins. Shafran cites Jewish law which does not differentiate between one who steals a small amount of money (“pilfering a dime”) and a thief like Madoff who scammed people out of billions of dollars. Shafran seems to say that halakhically (according to Jewish law), Madoff is no worse than one who cheats on his taxes thereby “defrauding 300 million of his fellow citizens”. 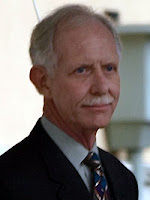 Shafran then takes up the issue of whether Chelsey “Sully” Sullenberger, the U.S. Airlines pilot who miraculously landed his doomed plane in the Hudson River, is a hero. He writes:

No such sublimity of spirit, though, was in evidence in any of the public acts or words of Mr. Sullenberger. He saved 155 lives, no doubt about it, and is certainly owed the gratitude of those he saved, and of their families and friends. And he executed tremendous skill.

But no moral choice was involved in his act. He was on the plane too, after all; his own life depended on undertaking his feat no less than the lives of others. He did what anyone in terrible circumstances would do: try to stay alive.

Shafran even goes so far as to criticize Pilot Sullenberger for not acknowledging God (“the One Who instilled such astounding abilities in His creations”) for the miracle or for granting him his piloting skills. That’s a harsh critique right there, but Shafran continues. He chastises Sullenberger for signing a $3 million book deal with HarperCollins and agreeing to a second book of inspirational poems, while Bernard Madoff will languish in jail for the rest of his life.

Shafran poetically concludes his essay declaring that he is “unmoved by the pilot, and, at least somewhat, inspired by the penitent”.

Okay, because he is a fine writer, Shafran is able to explain why he draws inspiration from Madoff and why the hero pilot doesn’t do anything for him. But, we should take this editorial for what it is: sensational journalism.

According to Maimonides, Madoff hasn’t even done teshuvah yet. Has he been in a position to commit the same crime again and chose not to? I don’t think we know the answer to that. With regard to Sullenberger, I suppose it’s true that he was on the plane too and his own life depended on undertaking his feat. But it was both his skill as a pilot, and his ability to perform under such pressure, that make him a hero. No one should try and take that away from him. And if he chooses not to publicly acknowledge his Creator, well, that’s his prerogative. And only someone like Rabbi Shafran would go the extreme of publicly admonishing him for this omission.

Update: On April 6, Avi Shafran issued an apology for his essay. Shafran wrote:

My recent Am Echad Resources essay “Bernie, Sully and Me” has generated substantial criticism from many readers, including people whose opinions I deeply respect. I have come to the conclusion that that there were errors in both the content and tone of the essay, for which I apologize. My main goal in publishing these essays is to help people understand eternal Jewish truths. Unfortunately, here I chose unsuitable examples for the concepts I sought to impart, failing to accomplish that goal and offending many people in the process. I am grateful, as always, for the constructive comments and feedback I received from my readership, whose confidence I hope to retain going forward.

JTA reported that both Rabbi Eric Yoffie (president of the Union for Reform Judaism) and Rabbi Tzvi Hersh Weinreb (head of the Orthodox Union) wrote blistering op-eds in response to Shafran’s views. Yoffie wrote that “Shafran completely misinterprets Jewish teachings on repentance” and his views demonstrate “ignorance of Jewish tradition”.