I last took up the subject of independent minyanim (or “Indie Minyans”) on this blog in January 2008. What prompted me to blog about these minyanim (prayer services) for the 20- and 30-something crowd was the coverage in the mainstream press. The New York Times article (November 28, 2007) opened with the following line: “There are no pews at Tikkun Leil Shabbat, no rabbis, no one with children or gray hair.”

At the 2004 UJC General Assembly in Cleveland, I attended a session in which my colleague Elie Kaunfer (founder of Kehilat Hadar) was one of the panelists. He was challenged about what happens in the future when these young, progressive members of the indie minyans need a nursery school for their toddler or a rabbi for their son’s bar mitzvah. He theorized that many of these young adults would move out to the suburbs and join established synagogues as they got married and had children. His caveat was that they would shake up the establishment at these congregations. Time would tell.

Well, it’s now been about a decade since the founding of indie minyans like Hadar and those original members are now in their mid-thirties with spouses and children not too far off from the bar and bat mitzvah track. But many of them are doing what they did ten years ago. They’re founding new minyans and recognizing that DIYJ (do it yourself Judaism) can extend to their families too (Who says you need a rabbi to officiate at a bat mitzvah?). 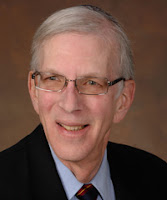 This doesn’t bode well for the Conservative Movement where most of the indie minyan adherents were brought up and educated. Rabbi Jerry Epstein (right), the outgoing head of the United Synagogue of Conservative Judaism, was banking on the idea that these “best and brightest” young people could be lured back to Conservative synagogues. As any study of the American Jewish population will tell you there are far fewer Conservative synagogues than there were when these indie minyan alumni were teenagers in USY and their synagogues are much thinner now membership-wise (at least the ones that haven’t merged with other synagogues).

Rabbi Epstein writes that these young Conservative Jews “live precisely as we told them to [at Camp Ramah and in USY], but paradoxically they practice their Judaism outside our movement. They perceive that there is no place for them and their Judaism in the Conservative synagogue. If we want to grow in numbers and strength, if we want to inspire passion and commitment, we have to welcome those Jews who live our values and ideology outside of our synagogues to do it inside our synagogues instead.”

This is no surprise to me. The Conservative Movement in general, and its affiliated synagogues in particular, got fat and lazy during the movement’s heyday (1950-1990). They took their market share for granted and didn’t progress or modernize. They also neglected to look behind them as the Reform, Modern Orthodox, Reconstructionist, and Chabad movements were gaining ground. Many of my contemporaries who were active in the movement’s youth program (USY) and at the movement’s various Ramah camps had a choice to make: become a Conservative rabbi or affiliate with Modern Orthodoxy. The Jewish Theological Seminary, the theory went, was the only place in the Conservative Movement where one could actually live out the ideals of Conservative Judaism. The young person who became more observant within the framework of the Conservative Jewish ideal was made to feel unwelcome in the Conservative synagogue. Is there any doubt why they packed up and moved to Orthodoxy or helped create a new non-denominational minyan community?

So what is the Conservative Movement’s strategy for drawing in former members who have left for the indie minyan movement? Bribery!

Rabbi Epstein has some $2,500 checks to give out to entice some of these minyans to forge relationships with the Conservative Movement. The amount is relatively insignificant when you consider that Kehilat Hadar’s annual operating budget is $160,000 and they have received six-figure grants recently from the Covenant Foundation and the Harold Grinspoon Foundation (where selling out isn’t a prerequisite to getting the funding). I can’t imagine a couple thousand dollars forcing any indie minyan to lose its independence and hook up with the establishment that was the impetus for its initial creation.

Ben Harris, in a JTA article (Figuring out why promising Conservative alumni set up ‘indy minyans’), explains what has happened in the aftermath of these grants from USCJ: “More than six months later, the organization has handed out six grants. At least two went to minyanim that already had relationships with a local Conservative synagogue. One minyan founder in New York said his group’s connection to the movement had changed little since it received the grant. “

The discussion about indie minyans and the Conservative Movement’s desire to reconnect its best and brightest young people to the established Conservative synagogues they fled has been taken up at the Jewschool blog under the title “Same story in two movements”. Several young Reform Jews have remarked that the pattern is similar in the Reform Movement as well.

David Wilensky writes on his Reform Shuckle blog that this is “the same challenge that I and many of my friends face with our own Reform movement. The Reform world has educated some of us so well and so effectively taught us how to be engaged in some sort of active personal reformation and now we’re so into it that all the ‘normal’ Reform Jews think we’re nuts.”

Justin, a commentor on the Jewschool site, wrote “I also think that what Epstein et al fail to understand, coming from a future Conservative ordained rabbi who was the gabbai of an indy minyan, is that it is PRECISELY being engaged with the movement that is the problem. If we can pursue egalitarian, halakhically inspired and influenced communities without paying dues, and manage to have successful prayer communities, why do we need the movement at all? In my opinion, and this is overtly crass, movement folk want to keep their movement jobs and they view us as a threat. Hence the USCJ donating grants to indy minyanim willing to have relations with Conservative shuls. I think they believe that when people need religious school and day-care they will join a shul. For now this may be true, but I am sure eventually indy minyanim will be able to figure out how to provide that for their own communities similar to what the havura movement was able to do in some instances in the 70s.”

I agree with Justin. I think that as these emerging communities and indie minyanim came on the scene, the thinking from the establishment was that these were transient communities for Jewish young people in the post-college (Hillel) and pre-family (religious school and bar mitzvah) part of life. Well, that does not appear to be the case.

It looks like the indie minyan that starts with a dozen grad students turns into a havurah and and then eventually the type of ideal synagogue community these “best and brightest” Conservative Movement dropouts have been dreaming about but the established Conservative Movement, with its status quo thinking, cannot provide for them.