Skip to the content
The title of this blog post would seem odd unless you are familiar with Lisa Brown’s speech on the floor of the Michigan House of Representatives yesterday. Somehow Brown, a State Representative from West Bloomfield, Michigan, managed to segue from a personal account of her kosher observance at home to mention that her vagina was not to be a topic discussed by her congressional colleagues.

For mentioning the word “vagina,” Brown was blocked from speaking on the state House floor today as punishment. Her speech yesterday was addressing a controversial bill that would have further regulated abortions in Michigan. At the end of her speech, Brown said, “Finally Mr. Speaker, I’m flattered that you’re all so interested in my vagina, but ‘no’ means ‘no.'” 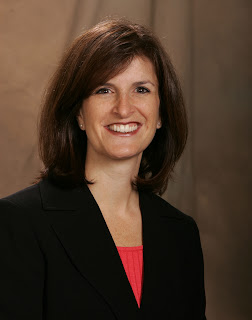 So today, the Speaker of House censured Brown, refusing her to participate in a discussion of a school employee retirement bill. The Speaker’s argument was that Brown’s use of the word “vagina,” which is the technical, medical term for a part of the woman’s anatomy was a violation of the Michigan State House’s policy on decorum.

What I found more interesting than Brown’s rejoinder to her Republican colleagues across the aisle that her vagina was off limits was Brown’s description of her kosher observance and a cogent explanation for Judaism’s treatment of abortion.

Rep. Lisa Brown referenced the talk by her colleague from Holland, Michigan who spoke about religious freedom. She then went on to speak personally about her own faith.

Here is the video clip of Rep. Lisa Brown’s talk on the House floor yesterday.

Rep. Lisa Brown (a fellow Bloomfield Hills Andover High School and Michigan State University alum) gave a press conference today in Lansing following the House of Representative’s decision to ban her from speaking in today’s session. The video of her press conference is available here.