Newsweek Magazine released its annual list of the 50 most influential rabbis in America.

Now in its fourth year, Sony Pictures chairman and CEO Michael Lynton and Gary Ginsberg, an executive vice president of Time Warner Inc., list who they think are the 50 most influential rabbis in the U.S. 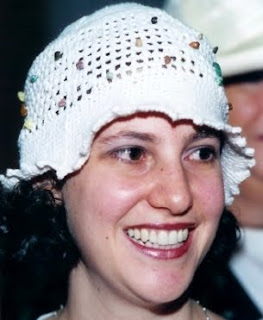 While the yearly ranking is merely based on the opinions of two Hollywood moguls and some unscientific criteria, it generates a lot of buzz. There’s also a certain amount of ego that becomes manifest among rabbis when the list is released each year, in addition to debate regarding who was ranked too high and who was missing from the list altogether. My teacher Irwin Kula, who ascended from #10 in 2009 to an impressive #7 this year, tweeted a link to the Newsweek list with the question “How can I not share this!”

What is most interesting in this year’s list is which rabbi was ranked as the 36th most influential rabbi in the U.S. She is new to the rabbinate and new to the Newsweek ranking. Her name is Sara Hurwitz and a lot of controversy surrounds her. Rabbi Avi Weiss (#18) ordained her as a rabbi a couple years ago giving her an acronym for a title and then changing it to “rabba,” a title that irked many in the Orthodox world. Earlier this year, under much pressure from the Right, he backed down and decided to not go through with creating women rabbis.

However, it would appear that Lynton and Ginsberg side with Avi Weiss on this one. And so Rabba Sara Hurwitz becomes one of the most influential rabbis in the country according to Newsweek Magazine, while among the people she is supposed to serve she is not even considered a rabbi.