Skip to the content
As the tenth anniversary of 9/11 approaches, commemorations are taking place everywhere. People are discussing how life would be different today had 9/11 never occurred. We are all reflecting on where we were that day and how it changed us. Memorials to honor the dead will take place all over the world.

However, there is one theme that I haven’t heard discussed very much as we mark the tenth anniversary since that dreadful day. Has it been long enough to forgive the terrorists? There are differences in belief among different faith groups when it comes to forgiveness; especially after such heinous crimes. My colleague and teacher Rabbi Jack Moline published his thoughts on this topic in the Washington Jewish Week. I found his words to be fascinating and have decided to post his op-ed in its entirety below.

Rediscovering trust in a future
by Rabbi Jack Moline 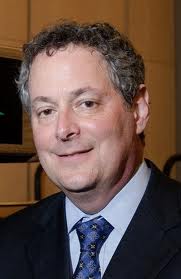 On Sept. 14, 2001, I was interviewed on the PBS program Religion and Ethics Newsweekly. Another panelist, Dr. Thomas Long of Emory University, suggested that the process of forgiveness needed to begin immediately for us. My reaction was visceral, and I suggested that he had illustrated the bright line between Jewish theology and Christian theology: to speak of forgiveness without contrition, I said, was obscene.

I have had 10 years to think about that exchange, as has anyone who remembers it. I still believe it to be true. What made for provocative television then ought rightly make for serious conversation today. Interfaith conversation, and not only between Jews and Christians, has never been more important in this country (and even globally) than it is today. The reason, I believe, is because of what was created, or perhaps accelerated, by the terrorist attack of Sept. 11, 2001.

You might argue that Americans were naive about the world before that fateful day. What fell away was a sense of trust in our own future. The crises we had faced before were met with steely resolve and a sense of purpose. For reasons sociologists and anthropologists can debate, Americans retreated into two camps. There were those who believed we had not been effective enough in promoting the American values of tolerance and equality, and we needed to redouble our efforts. And there were those who concluded that some segment of humanity was permanently resistant to our truths and needed to be punished or isolated. The loudest voices are not always the wisest, but the extremists on both sides managed to muffle the middle.

What is true of Americans in general is true of American Jews in particular. The frantic way many Jews pursued reconciliation with Muslims in particular was virtually without discrimination. (I attended an iftar dinner at a local mosque that November where I was greeted by the imam, Anwar al-Aliki.) And the sudden rise of people obsessed with the notion that we were repeating the run-up to the Shoah, with Muslims playing the Nazis, played into anger and fear. While our community has always had its extremists, over the past 10 years those people have attempted to define the middle. And absent a coherent alternative, just like in American politics, an ideological tug-of-war has replaced insight.

Israel has become the surrogate for this culture clash among American Jews. It is safe to say that most of the combatants have no intention of making aliyah, thereby making the consequences of their certainty someone else’s problem. Instead of insisting that the Jewish national homeland is a value which we all honor, it has become an issue defining whether you are (depending on your stance) a humanitarian or a bigot, a realist or a victim-in-waiting.

In the process, we have generated a heated rhetoric about Christians, Muslims and others that rely on stereotypes, which, if applied to us, would increase the membership in every one of our defense organizations. Meanwhile, as both extremes point fingers at the other, we contribute to a divisiveness in American society in general that holds us back from addressing the very genuine challenges of our changed world.

It all sounds so political, but in fact it is the essence of spiritual concern. Any approach that dehumanizes our opponents, within or without the Jewish community, violates the intentions of our Creator. Any approach that reduces the state of Israel to a litmus test compromises its real and metaphoric roles as the destination of the in-gathering. Any silence that allows extremism an uncontested platform abandons the pursuit of justice, which is never without dissent.

The 10th anniversary of Sept. 11 occurs in the very heart of Elul, the month of introspection and outreach. The former is a profoundly personal and solitary endeavor. The latter cannot be accomplished alone. They both lead, of necessity, to a place between extremes – of collective engagement, personal honesty and acknowledgment of differences. They both lead to the bright lines between our theologies and the bright light we all yearn to shine. They both lead to a rediscovery of trust in the future and of the role each of us plays in promoting a better world that the one we know.

Rabbi Jack Moline is the spiritual leader of Agudas Achim Congregation in Alexandria.

Do you think we are ready to forgive? Please leave your opinion in the comments section below.