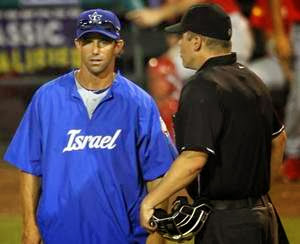 END_OF_DOCUMENT_TOKEN_TO_BE_REPLACED
I’m a big Detroit Tigers fan and have always been interested in Jewish baseball players in the Major Leagues. Therefore, the soon-to-be made announcement that the Detroit Tigers will hire Brad Ausmus to be their next manager is exciting news. Ausmus, who is Jewish and once played for the Detroit Tigers, is currently the manager for Israel’s World Baseball Classic team.