Within hours of the publication of yesterday’s 50 Most Influential Rabbis list by Newsweek Magazine, I began to hear complaints about this list.

On Twitter and Facebook, as well as in the blogosphere and in person, people complained about the idea that a mainstream magazine like Newsweek (which is for sale if anyone’s interested) would publish an unscientific listing of top rabbis. 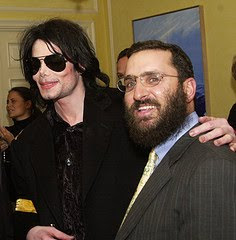 Year after year, the only rabbis who seem to like this list are the ones who make the ranking and can then add the accolade to their bio and have their temple, synagogue or organization issue a press release.

Others took exception with the high number of non-congregational rabbis who made the list. “Really? They’re more influential than the rabbi who has spent his (or her) whole life in a pulpit serving the needs of their congregants? I’d have to say, I’m not sure that’s really true. They’re more visible certainly, but fame isn’t the same as influence.”

Julie Wiener of The NY Jewish Week wrote the Top Ten Reasons To Hate Newsweek’s Annual Top Rabbis List. I have to agree with many of her arguments. I too was surprised at the number of misspellings on the list. After all, if Shmuley Boteach and Avi Weiss are so influential and famous, how can their names be botched in a high-profile magazine like Newsweek (Schmuley and Weis!)? By the way, I know a few out-of-work, not-very-influential rabbis who’d be willing to proofread future articles on the Newsweek website. 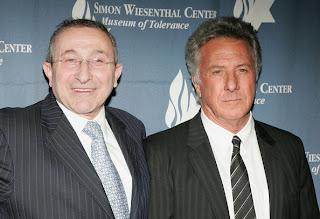 I agree with Julie that it’s odd that Newsweek runs such a list for rabbis and not for any other group of religious leaders. Honestly, I don’t think I’d find a Top 50 list of imams or priests to be very interesting and that’s exactly how I imagine the 98% of the country’s population that isn’t Jewish feel about this list (not to mention the 98% of Jewish Americans who have never heard of these rabbis and could care less about how influential two guys think they are).

The #1 rabbi on the list, Yehuda Krinsky, is the leader of Chabad Lubavitch. He’s very influential when it comes to Chabad, but probably much less influential for non-Chabad following Jews. Not to mention, there’s a deceased rabbi who still holds more influence over Lubavitchers than even Krinksy.

This list really comes down to who are the most well known rabbis in the country. Getting published, running an organization, or being elected president for a two-year term in your denomination’s rabbinic group should put you somewhere on this list. Short of that, having a television show and hanging out with Michael Jackson or the President puts you in the top ten. A rabbi of a 100-member congregation in a small, nobody-ever-visits city may be very influential in that community but the two Hollywood moguls (Sony Pictures Chairman and CEO Michael Lynton and Time Warner Exec VP Gary Ginsberg) who make the Newsweek list will never have heard of him/her.

If Newsweek really wants to know who the most influential rabbis in the country are, they should probably take a field trip to any Hebrew School where a rabbi stands in front of a class of 2nd graders once a week.