Skip to the content
Hungarian politician Csanad Szegedi would likely have stayed out of the media spotlight in the U.S. were it not for a recent revelation about his past. Szegedi, according to articles in the AP and Wall Street Journal, was a proud member of a far-right wing political party in Hungary that wasn’t shy about its wanton antisemitism. Szegedi’s party often complained about the “Jewishness” of other politicians and referred to Israelis as “lice-infested, dirty murderers.” 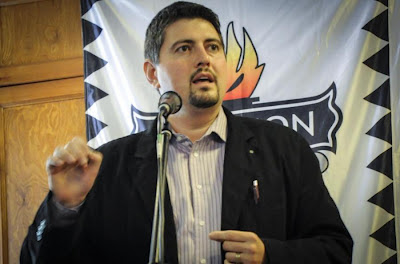