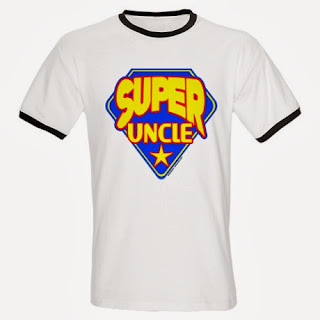 END_OF_DOCUMENT_TOKEN_TO_BE_REPLACED
This Sunday is Auntie’s Day. I only know this because I’ve become “Cyberspace Friends” with Melanie Notkin, the founder of SavvyAuntie.com. Melanie let me know that Auntie’s Day was approaching and asked if I’d contribute my third article for her blog. I decided that a blessing for aunts was in order…

I have wonderful memories of my bar mitzvah. I was a “day school kid,” so I had that going for me when it came to grasping the Hebrew verses I’d have to chant from the Torah. But on the negative side, I couldn’t carry a tune if my life depended on it; and to make matters worse, I had that awkward “going through puberty” voice thing going on.

My bar mitzvah party was fun and everyone seemed to have a great time, but the memory that sticks with me almost 23 years later is the Shabbat dinner the night before for close family and friends that my aunt put together. My aunt and uncle had just moved into a beautiful new home, and the Friday night dinner for close friends and family would be their first opportunity (of hundreds) to play gracious hosts.

To this day, I remember that my aunt went above-and-beyond (and then even further beyond) to prepare a delicious dinner. Her house looked immaculate. Everyone enjoyed themselves.

For me, more important than the food or the centerpieces that made her newly decorated dining room look so fancy was that I felt so relaxed in her home. I won’t go on record on the Web by admitting that my uncle likely snuck me a drink, but I do remember feeling peaceful and unstressed that night. While many 13-year-old boys experience butterflies in the stomach on the night before their bar mitzvah, I have a vivid recollection of having felt ready for the next day and able to just enjoy the evening at my aunt and uncle’s home.

Many people had important roles to play with the success of my bar mitzvah. My parents planned a wonderful celebration that Saturday night. My grandparents hosted everyone for lunch back at their home following the synagogue services. The rabbis and cantor all were integral to my entry into Jewish adulthood. But to this day, I feel like my aunt was the unsung hero of that memorable weekend. Six years later my aunt reprised the role of Friday night dinner hostess before my brother’s bar mitzvah. Like me, he too felt relaxed the night before his big day.

At a bar or bat mitzvah there’s a special blessing said by the parents as they mark the transition of their child into a more responsible individual. Additionally, the parents and grandparents offer a blessing of gratitude for reaching such a milestone. I’d like to suggest a special blessing for the Savvy Auntie of the bar or bat mitzvah. The aunt who makes sure the bar mitzvah boy’s tie is straight before he stands before hundreds to read from the Torah. The aunt who makes sure her niece’s hair is just right before her party. A blessing for the aunt who is ready with a needle and thread to fix a rip in the suit pants. For the aunt who has a wet cloth to remove a stain. For the aunt who lovingly opens her home for a relaxing evening before the big event.

May God who blessed our ancestors bless my beloved aunt who is often the unsung hero. She is there to nurture and to love. Thank you, God, for the gift of aunts who, together with parents, grandparents, teachers and friends, play a significant role in my life and in my upbringing.
And let us say, Amen.

It has become very common for businesses and organizations to send out weekly email messages to their list of subscribers. There is nothing unusual about that. But I’ve noticed an increasing number of individuals who have begun to share their own wisdom and commentary on the issues of the day with their friends and family.

Each week, I receive many weekly newsletters that arrive in my email inbox from synagogues across the country and Israel, but I’ve also begun to receive weekly email messages from individuals. Like the synagogue newsletters, these weekly missives from individuals include some insights about the weekly Torah portion. These individuals have realized that through email they have developed their own pulpit from which to disseminate information and offer their teaching. Through word-of-mouth, they have amassed a following through their distribution list. 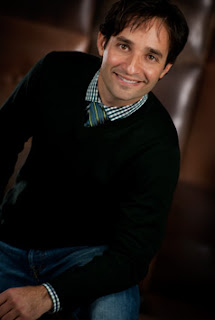 Sometimes these individuals intentionally comment on the weekly Torah portion and other times they do so coincidentally. I noticed that the latter was the case this week when I received Josh Linkner’s weekly message. The serial entrepreneur and motivational business speaker from Detroit titled his weekly email “Caught in the Act”.  The essence of his message is that it’s better to bless someone than to curse them. Linkner might not have realized that this week’s Torah portion, Re’eh, is all about blessings and curses. He writes:

Bosses, parents, teachers, clergy and government officials are well trained to catch you doing something wrong. There are elaborate systems for checks and balances, controls and consequences. It’s apparently very important to catch the mischievous child or the wayward employee in the act of disobedience.

In our society, wide spread labeling is an insidious force that robs individuals of achieving their true potential. When a parent tells a child they are average, slow, or stupid, these sharp words become a self-fulfilling prophecy as the erroneous labels are internalized. When a boss repeatedly lashes out at a team member pointing out their every flaw, confidence becomes shattered and performance plummets.

The good news is that labeling can work the other way too. Catch a team member in the act of delivering great work, and you’ll inject her with confidence and energy. Label a colleague a rock-star, and they’ll kick out the work version of a Grammy.

This week, let’s all flip the poison of negative labeling, and catch each other and ourselves in the act – in the act of doing things right. These new, positive labels will tip the scales in favor of results, momentum, and overall achievement.

This week’s Torah portion begins with the words, “Look, I set before you this day a blessing and a curse.” The question is which one we will choose. In the Torah’s case, the contextual understanding of the text is that God sets forth a blessing and a curse in front of us and we are to decide which one we’ll receive. Another way of understanding the text, however, is that we all have the ability to choose to bless others or to curse them.

Tuesday marks the beginning of the new Jewish month of Elul, which is a time of deep reflection and introspection for members of the Jewish faith as we prepare for the Days of Awe (Rosh Hashanah and Yom Kippur). I hope we will all take Josh Linkner’s message to heart during this season.

When faced with offering a blessing or a curse to someone I encourage you to remember what my mother taught me from a very young age: “You get more bees with honey.” Blessing others with kind words, motivational encouragement and compliments will lead to you feeling blessed as well.