It’s been a week since “Dr. Death,” Jack Kevorkian, died of natural causes. A local celebrity in Michigan, Kevorkian became synonymous with physician-assisted suicide in the 1990s. He also made his long-time attorney, Geoffrey Feiger, into a local celebrity. Growing up in Metro Detroit with Kevorkian’s antics on the television news each day meant that “euthanasia” was a well-known term to my peers and me. 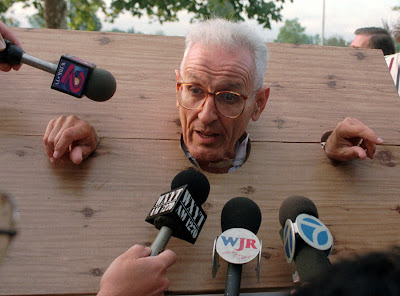 Kevorkian’s death has once again revived the ethical conversation surrounding physician-assisted suicide. My friend and classmate, Rabbi Leonard Sharzer, MD, was recently interviewed by The Jewish Week about the Jewish perspective of Physician-Assisted Suicide. The interview was published just days before Kevorkian’s death.

Rabbi Sharzer, a retired plastic surgeon in New York, was interviewed because a new documentary is airing on HBO. “How to Die in Oregon” takes a powerful look at Oregon’s Death with Dignity Act, a 1994 measure allowing physician-assisted suicide and the first law of its kind, by telling the stories of several people who died under the act. Rabbi Sharzer writes and lectures on bio-medical ethics at the Jewish Theological Seminary’s Finkelstein Institute for Religious and Social Studies. The following are questions he answered on the subject of physician assisted suicide:

Q: What, if anything, do Jewish texts and modern-day responsa say about physician-assisted suicide?

A: Normative Judaism, as a general matter, is opposed to suicide, although there have been exceptions, as in the case of matrydom. Jewish legal writing about physician-assisted suicide is quite new, as discussion of the phenomenon itself is recent. The predominant opinion is negative. There’s the notion that human life is a gift from God, and it’s up to God to decide when it ends, not human beings. … Judaism sees no intrinsic value to suffering at the end of life and encourages physicians to use all means at their disposal to relieve suffering — but not to actually end a life.

Do the Torah and other Jewish texts include examples of people choosing to end their lives rather experiencing an agonizing or painful death?

The classic example in the Bible is the case of King Saul, who found himself wounded in battle and surrounded by the enemy. Fearing torture and degradation, he took his own life. The rabbis go to some length to justify Saul’s action while saying it’s an exception that shouldn’t be considered the rule.

Did seeing the documentary influence your own views on the subject?

I’d say that seeing the movie gave me a much better understanding of the human condition in which this develops. It gives a human face to the issue. It’s not my position to be judgmental of anyone who makes that decision, even if I wouldn’t make that decision for myself and wouldn’t counsel it.

What’s the role of spiritual leaders, such as rabbis, in such decisions? Is it the cleric’s place to veto a decision like this and, if so, under what circumstances?

Spiritual leaders, clergy and pastoral caregivers have in role in help both patients and their families deal with these very difficult questions. I don’t think it’s about a veto. Rather, it’s about helping people who are seeking guidance from within a religious tradition. … It’s clearly a feature of our times that people want to control all aspects of their life and health. The spiritual position is that sometimes you can’t. The contribution of spiritual and religious leaders is to help them deal with areas over which they aren’t able to exert control.

In a statement released by the filmmaker, he says that, surprisingly, the lessons he learned from making the documentary have more to do with living than with dying. What does an issue like this — and, more generally, the idea of death — teach us about life?