Article first published as The Food Truck That Drove Right Over Kosher Politics on Technorati.

Kosher certification in the nation’s capital has become much like everything else in D.C. – political and divisive. The Vaad Harabanim of Greater Washington has long had a monopoly on kosher certification and it doesn’t want to give up its stronghold anytime soon.

Over the past several decades, reports have surfaced of the Vaad refusing to certify sit-down restaurants as kosher because it will lead to socializing between single Jewish men and women (which could in turn violate strict Jewish law). The Vaad even insists on charging for its own certification on top of already established certifications. As Jay Lehman recently wrote to the editor of the Washington Post, “The Vaad has made it clear that other kosher-certifying authorities are not welcome in the area to supervise these establishments. In addition, all kosher meat and poultry wholesale suppliers who wish to sell to kosher establishments are expected to submit to Vaad supervision, even if they are already certified by another nationally recognized kosher certifier.”

These tactics, which seem to violate the Sherman Anti-Trust Act, have come to light as a result of the local D.C. Vaad refusing to grant a kosher certificate to Sixth and Rye, the new food truck run by the Sixth and I Historic Synagogue. Last year, the non-denominational congregation offered an iPad as a prize to the individual who came up with the synagogue’s next big idea. The winning submission was a kosher deli restaurant housed in a truck to jump on the country’s trend of food trucks that roll out at certain times as announced via a Twitter feed. 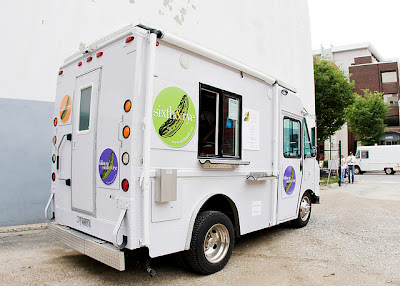 The main reason the synagogue leaders launched the Sixth and Rye food truck wasn’t because they thought D.C. needed another kosher restaurant (though it does), but rather to increase its out-of-the-building engagement with local Jews in the District. The plan was to run the food truck at lunch each Friday afternoon. Everything seemed to be in place after they found a truck to rent, arranged for it to be made strictly kosher, purchased the signage, and contracted with celeb “Top Chef” contestant Spike Mendelsohn. The only thing that kept Sixth and Rye from opening as planned was the local Vaad’s refusal to certify the truck.

The popular synagogue, which functions more like a Jewish center with no membership, only had the best of intentions. In creating Sixth and Rye, they were planning to reach out to young Jews and provide a delicious, kosher deli lunch to workers in downtown Washington. The Vaad, in refusing to certify the food truck as kosher, missed a great opportunity. Thankfully, along came a rabbi from Baltimore who agreed to give Sixth and Rye his hekhsher (kosher seal of approval).

Rabbi Y. Zvi Weiss, the Baltimore kosher certifier, essentially broke the Vaad’s monopoly when he gave the food truck his okay. Hopefully, this will demonstrate to Washington’s kosher observant community that alternative options to the Vaad exist. With more than one kosher certifying agency in our nation’s capital there will be more kosher restaurants and a price decrease on kosher food. The Washington Post article about Sixth and Rye painted a clear picture of the misperceptions in the kosher marketplace. It reported that a young Washington local called the Vaad Harabanim of Greater Washington and was told that they were not certifying the truck, sohe didn’t bother getting in line to order his deli lunch. If the Vaad doesn’t certify it, he was certain it couldn’t be kosher. Alternatively, he could have inquired about the food truck’s certification and then learned from Baltimore’s Rabbi Weiss about his supervision and standards thereby making an informed decision.

Unfortunately, the local Vaad in D.C. (and in many other communities around the country) has convinced people that only they have the power to pronounce what is kosher. This only leads to ignorance and knee jerk reactions. When I spoke to Esther Safran Foer, the director of Sixth and I, she told me that another Orthodox rabbi in town sent a letter of support to her. Not only that, but he promoted the kosher food truck on his Facebook page and then bought over a dozen sandwiches for the Torah class he teaches on Capitol Hill.

Kudos to Sixth and I Historic Synagogue for putting this innovative idea in motion. In addition to the convenience of kosher deli lunches once a week in downtown Washington, perhaps this food truck will jumpstart a national conversation to curtail the political nature of kosher certification. While these local Orthodox kosher certification agencies may enjoy their monopoly, some competition will be best for the consumers. Wouldn’t it be wonderful if in the future the only thing Sixth and I had to worry about with their food truck was whether they had enough challah on hand to serve the hundreds in line?