Mitch Albom received a Doctor of Humane Letters, honoris causa, from my alma mater the Jewish Theological Seminary last Thursday. This was not Mitch’s first time at JTS, as he has been a guest speaker there several times in the past. 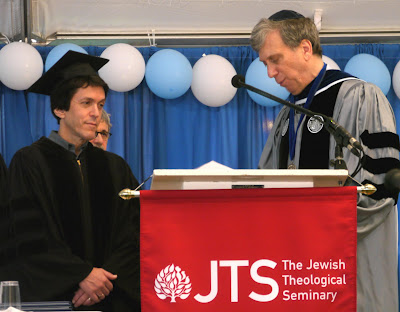 I grew up in Metro Detroit reading Mitch Albom’s columns in the sports section of the Detroit Free Press. Before going to school each day, from middle school through high school, I would check the daily box scores to see how our local Detroit teams had faired the night before and read Mitch’s insightful take on the various subjects of the Detroit sports scene. In high school and college I would listen to Mitch’s radio show on 760 AM each weekday. At home, my library contains a section with every single book that Mitch Albom has ever written, all personally inscribed.

I’ve enjoyed reading The Live Albom volumes — his compilation books of his Free Press columns as well as his wonderful biographies on such notable sports personalities in Detroit as Bo Schembechler and the Fab Five. His heartwarming and spiritual books, For One More Day, The Five People You Meet in Heaven, and Have a Little Faith have all been resources for me in sermons, eulogies, and introductions to Yizkor (the memorial service on Jewish holidays). And of course, his magnum opus Tuesdays With Morrie: An Old Man, a Young Man, and Life’s Greatest Lesson has been an inspiration for me since I first picked it up the day it was first published in 1997. 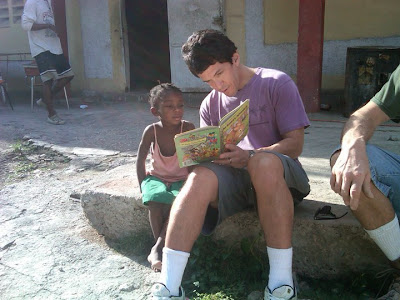 Mitch Albom is very deserving of this honorary degree from the Jewish Theological Seminary and I’m especially proud since it was awarded by an institution that is near and dear to my heart. Mitch has truly practiced tikkun olam (helping to heal our fractured world) through his tireless work on behalf of Detroit’s poor. I was uplifted and inspired when I attended his event at the Fox Theater a couple years ago to benefit the I  Am My Brother’s Keeper Ministry, a homeless shelter in Detroit. Mitch has raised an impressive amount of money through his Hole in the Roof Foundation and has traveled to Haiti with his Schechter Day School classmate Rabbi David Wolpe. 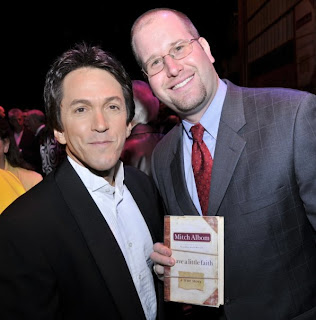 Mitch Albom has more talent in his pinky finger than most people could even dream of having. He’s turned his books into movies and stage productions. He’s an accomplished playwright whose current production about Ernie Harwell is on stage in Detroit. In one day, I read his Free Press column, listen to him on the radio, and then see him on TV as an ESPN commentator. And somehow, in that same day Mitch finds the time to raise money to benefit the neediest among us. He might not be the most religious guy, but he has a tremendous amount of faith. He doesn’t have a reputation of being a particularly warm guy on the outside, but there’s no question about how warmhearted this guy is.

Congratulations to Dr. Mitch Albom on his honorary degree from the Jewish Theological Seminary.