Skip to the content
I know I’m not the only rabbi who watches Bill Maher’s HBO show “Real Time” religiously. I say “religiously” with tongue-in-cheek because I’ve never missed a show and the comedian has become increasingly anti-religion in recent years. Like many religious leaders I tune in to Bill Maher’s show (actually I DVR it and watch it mid-week whenever I have a chance) for his political commentary, but I lose him when he gets into his rants about religion and God. 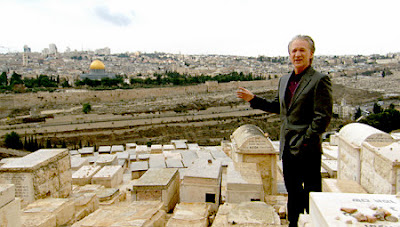 In yesterday’s New York Times, Maureen Dowd wrote about Bill Maher’s recent appearance at George Washington University when the creator of the documentary “Religulous” went off on an anti-Mormon rant when talking about Mitt Romney, the Mormon candidate for president. “Bill Maher bounded into territory that the news media have been gingerly tiptoeing around. Magic underwear. Baptizing dead people. Celestial marriages. Private planets. Racism. Polygamy.”

Bill Maher is a staunch atheist who attacks all religions. He was raised Roman Catholic and now refers to the Roman Catholic Church as “an international child sex ring.” But he seems to be the most critical on the Mormon faith. “By any standard, Mormonism is more ridiculous than any other religion,” Maher said. This could be because of Romney’s recent popularity in the 2012 presidential race.

I spent some time this morning thinking about Maureen Dowd’s column and Bill Maher’s vicious attack on Mormonism during his recent stand-up comedy appearance. It could very well be that Mormonism gets a lot of attention for some of its odd beliefs and rituals because it is a 19th century religion that was founded in America. Its former views on polygamy and belief in magical undergarments make for good comedy material when the creators of South Park want to write a Broadway show.

But as I marched around the small chapel in synagogue this morning holding my etrog (citron fruit) and lulav (palm fronds bounded together with myrtle and willow branches) and wearing my long multi-colored prayer shawl with four braided fringes dangling from each corner as I chanted Hosannas, I realized that it’s not fair to lampoon any religion for its silly ways. Today, Jews all over the world observe Hoshanah Rabbah when we beat willow branches as a way of ridding ourselves of our sins. A couple weeks earlier on Rosh Hashanah we threw bread crumbs into moving streams of water. Sound weird? It is. But it’s deeply rooted in religious tradition making it an accepted ritual. All religions have these odd customs that appear strange to an outsider. 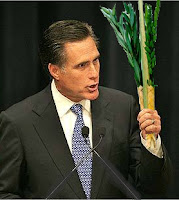 If temple-going Mormons choose to wear special undergarments because they believe it sets them apart from the world and signifies a covenant between them and God, then great. One person’s special religious underwear is another’s yarmulke or burqa or gold cross around the neck. The Mormon underwear is sacred to the wearer for what it represents, but silly to the non-believer because it is rooted in a religious belief not their own.

I may not like when Mormon’s posthumously baptize deceased Jews (the other focus of Maureen Dowd’s editorial and Bill Maher’s attack), but who am I to laugh at their sacred rituals and religious garb. I find Bill Maher to be a funny comedian, but I wish he’d give up on his unrelenting religious scrutiny. He’s certainly entitled to his opinions about matters of faith and theology, but his aggressiveness has become offensive.