It’s not everyday that you know someone who gets to have a meal with the President of the United States. Last week, one of my favorite teachers (if I don’t say “one of” I’m bound to offend) had just that honor. 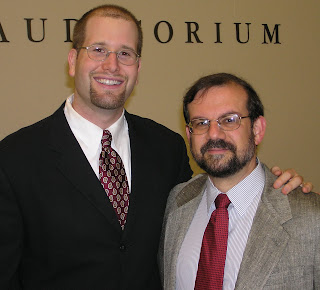 Rabbi Burt Visotzky, whose Midrash courses at the Jewish Theological Seminary I thoroughly enjoyed, was invited to the White House for the annual Iftar dinner and had the privilege of sitting at the President’s table.

This year the Jewish month of Av coincides with the Islamic holy month of Ramadan, a time when pious Muslims fast from sunrise to sunset to show their devotion to Allah. After dark, they break their daylong fast with an evening meal known as the Iftar. President Thomas Jefferson hosted the first Iftar dinner at the White House and it became an annual tradition under President Bill Clinton and George W. Bush, and is now hosted by President Barack Obama. 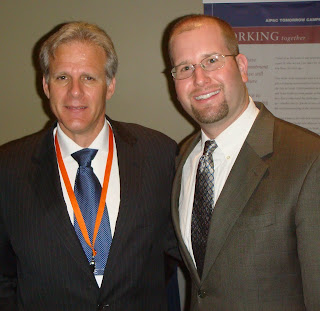 According to a JTS press release, Rabbi Visotzky sat at President Obama’s table and brought the president up-to-date on JTS’s most recent and noted Jewish-Muslim dialogue programs, along with JTS’s other forms of Jewish-Muslim engagement, including 2010’s two-day workshop entitled “Judaism and Islam in America” and this past May’s “Our Better Angels,” a three-part program that anticipated the 10th anniversary of 9/11 through Jewish, Christian, and Muslim discussions on the themes of tragedy, mourning, and healing.

While it’s usually teachers who are proud of their students, I must say that I feel much pride for my teacher Rabbi Burt Visotzky’s devotion to Jewish-Muslim dialogue and his great honor last week.