In May 1996 I sat in the Breslin Center arena in East Lansing as I watched my then girlfriend (now wife) graduate from Michigan State University. A year prior I watched President Bill Clinton speak to the crowd at Spartan Stadium for MSU commencement. The speaker at this graduation was none other than Helen Thomas, former UPI and Hearst Newspaper columnist of Lebanese descent. 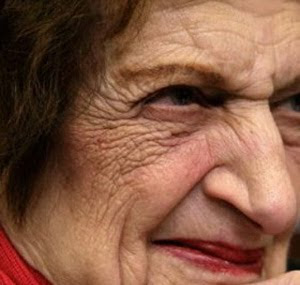 Fast forward more than a decade. A couple years ago I watched an interesting documentary on HBO about Helen Thomas titled “Thank You Mr. President.” It detailed Helen Thomas’ long career in the front row in the White House Press Corp where she always got to ask the first question.

This past Saturday night, my wife asked me if I had heard what Helen Thomas said about Israel. I tuned into YouTube to find an impromptu interview conducted by none other than my colleague, Rabbi David Nesenoff, a Conservative rabbi on Long Island (Temple Tikvah Synagogue of Hope in East Northport). At the White House for last week’s Jewish Awareness Month dinner, Nesenoff asked the 89-year-old Thomas what she thought of Israel and she responded that the Jews should leave Israel and return to Germany and Poland. 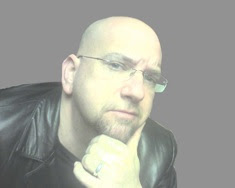 Nesenoff (pictured) runs a website called RabbiLIVE.com in which he posts various video footage of him interviewing people (sometimes undercover with a hidden camera). I’m sure when Nesenoff pointed the camera at Helen Thomas he wasn’t expecting that her recorded words would eventually bring about her downfall, but that’s precisely what happened.

Helen Thomas retired today and issued the following statement: “I deeply regret my comments I made last week regarding the Israelis and the Palestinians. They do not reflect my heart-felt belief that peace will come to the Middle East only when all parties recognize the need for mutual respect and tolerance. May that day come soon.”

White House Press Secretary Robert Gibbs said today that Thomas’s comments about Israel were “offensive and reprehensible.” During his press briefing this morning, which Thomas did not attend, Gibbs said that though he hasn’t spoken with Obama about the her comments, they “do not reflect” the view of his administration. He added, “she should, and has apologized.”

Some might argue that it’s not the place of a rabbi to conduct interviews like the one Nesenoff conducted of Helen Thomas. However, Nesenoff’s video showed the world what Helen Thomas really thinks of Israel. It should be a wake-up call that someone with those views has not only been covering the news for so many decades, but has had such a high level of access to our nation’s leaders.

Even before Helen Thomas resigned, she had been dropped by her speaker’s agency, Nine Speakers, Inc for her comments posted on RabbiLIVE.com. Also, Craig Crawford refused to work with Helen Thomas on any future book projects and she was dropped from a High School graduation key note speaker position.

Thanks to Rabbi David Nesenoff, Helen Thomas now ends her storied career on a very sour note. And deservedly so.